As World Trade Organization looks for next Director General, Hamid Mamdouh, a Geneva-based Swiss-Egyptian emerges as a strong contender 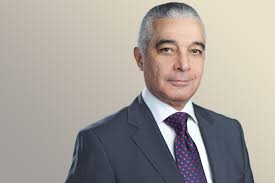 ISLAMABAD: World Trade Organization is expecting tough competition as member states have nominated internationally acclaimed professionals who have no parallel in their respective fields.

There are strong indications that someone from Africa is going to grab top slot of Director General of WTO this time. So, African states have started nominating their candidates and lobbying for them, Islamabad Telegraph learnt on Wednesday.

Egypt, one of the most influential member of WTO from Africa has nominated international acclaimed lawyer Mr. Hamid Mamdouh, a Geneva-based Swiss-Egyptian dual national to become the next director general of the World Trade Organization (WTO).

The dual national is a former trade negotiator for Egypt and ex-WTO official who lives and works as a lawyer in the Swiss city. Many believe, Mamdouh, 67, is one of the strongest contender for top slot. Egypt is also using its influence to in favor of his candidate who is serving as advisor to the G20 presidency holder Saudi Arabia on trade and investment matters.

He would bring 35 years of “exceptional trade diplomacy and negotiating experience to the table. There are strong feelings that he will steer the organization towards more collaboration, relevance, and effectiveness.
Tough competition is expected for top slot of Director General of WTO as Nigeria has nominated former Managing Director of the World Bank, Dr. (Mrs) Ngozi Okonjo-Iweala as its candidate for the position of Director-General of World Trade Organization (WTO).

Her nomination by Nigerian President Muhammadu Buhari has drawn a clear line between Nigeria and Egypt—the African continent’s largest economy and another African powerhouse. Egypt is openly calling the shots to stop Nigeria’s bid.

President of Nigeria Muhammadu BUHARI has recently approved the nomination of Dr. Ngozi OKONJO-IWEALA to replace Ambassador AGAH, as Nigeria’s Candidate for the position of Director General of the World Trade Organization (WTO).

WTO is set to hold election for the position of Director General for next five years in 2021 in Geneva.

Incumbent Director General of WTO Mr. Roberto Azevedo announced in mid-May he was stepping down by the end of August, a year earlier than expected. His move surprised 164-member International body which is now looking for his suitable replacement.

As per standard procedure, members of WTO can nominate their own nationals as candidates from June 8 to July 8. Only two names have been announced so far: Mamdouh and Mexico’s candidate, Jesus Seade, a veteran trade official who helped helped found the WTO in the early 1990s.

Media reports suggested that three other possible contenders from Africa include Yonov Frederick Agah of Nigeria, a WTO deputy director-general; Eloi Laourou, Benin’s ambassador to the UN and Amina Mohamed, a former Kenyan ambassador to the WTO and now the country’s sports minister.

The Geneva-based body typically takes nine months to choose a new boss but now wants to do so in three. It prefers to pick a chief by consensus, moving to a vote only as a last resort.