ISIS is a big hurdle in peace in Afghanistan 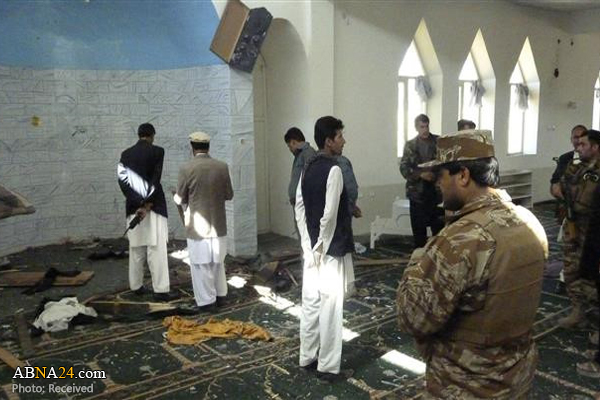 A powerful bomb exploded on Friday inside a mosque in Kabul, killing at least four people, and wounding eight, official told Islamabad Telegraph.

Afghan authorities believed it the bomb had been placed inside the mosque which exploded as planned. No further detail was available as authorities were still investigating the case.

No group took immediate responsibility. Taliban were the first one to condemn the attack. Sources said Today’s attack can be the work of ISIS. They had attacked a mosque this month and claimed responsibility.

Since the US and Taliban have agreed to end bloodshed in Afghanistan, a new wave of violence has hit the war-torn Afghanistan. Majority of attacks are usually claimed by ISIS.

The Islamic State’s local arm has repeatedly targeted both official and civilian facilities, as well as religious gatherings, in the Afghan capital. The Afghan affiliate of IS, commonly known as Islamic State Khorasan (ISK), has been active in the war-torn country since 2015, fighting the Taliban as well as Afghan security forces. But recently they have carried out some bold attacks to make their presence felt.

IS Khorasan has received significant support from the Islamic State’s core leadership in Iraq and Syria since its founding in year 2015. But now as the Islamic State has lost its core territory, it is might turned to Afghanistan as a base for its global caliphate. Even a recent United Nations publication commented that “ISIS core continues to facilitate the relocation of some of its key operatives to Afghanistan”.

The United States military estimates there are about 2,000 Islamic State fighters in Afghanistan but despite their small number still they pose a grave threat. That’s why United States drop one of the largest bombs in its inventory, the MOAB, on a cave complex used by the ISIS terrorists in eastern Afghanistan in April, 2017.

Islamic State is pushing hard to expand into a country that has hosted both Taliban and Al-Qaeda strongholds for decades. In order to establish a foothold in Afghanistan, ISK is challenging both the Taliban and Al-Qaeda. Rather than attempting to co-opt these groups, as it did with groups like Ansar Beit al-Maqdis in Egypt and Boko Haram in Nigeria, Islamic State leaders instead tried to discredit the local dominant groups in Afghanistan.

This is leading to frequent deadly clashes with Taliban in which both the sides have lost hundreds of fighters. It’s very much clear that Islamic State won’t enter into any accommodation with the largest insurgent group that is Taliban. Islamic State Khorasan is trying to portray Taliban as Afghan-centric force which wants to restore its government in Afghanistan rather than fighting for Islam.

The Afghan Taliban should be seen as a political rather than an Islamic force. Definitely at this point in time the Islamic State is not as powerful as the Taliban nor it can take control of significant swaths of Afghanistan as it once did in Iraq and Syria. But that’s also true that ISIS has the potential to wreak plenty of havoc in the country. This is due to the fact that It has attained enough operational strength, organizational structure and skills to carry out large-scale attacks.

The Afghan battlefield is widely known to be one of most militant-saturated battlegrounds in the world. The notable presence of an Islamic State affiliate has further complicated a multifaceted militant landscape. Everyone who keeps eye on the security dynamics in Afghanistan knows that the forces in the country are actually trained to fight insurgents. Insurgents, mostly, employ hit-and-run tactics, including insider attacks on security forces. On the other hand, terrorist organizations like Islamic State don’t operate like this.

They launch massive-scale attacks, and diversify their target areas to ditch the security apparatus. The mismatch between ISK tactics and the Afghan security forces counter insurgency training give ample breathing space to the group. For sure IS has shaken the existing jihadist landscape of the country making it more complex, violent, and polarised. Moreover, the growing competition between IS and Taliban has negatively affected country’s security and stability. Also, the IS model has provided the new generation of jihadists with a viable alternative option.

Islamic State Khorasan presence could even complicate any peace deal with the Taliban, which has pledged to prevent any terrorist group using Afghan soil as a haven to plot foreign attacks against west. Afghanistan is struggling to reach political settlements with its insurgent groups from decades. For it a strengthened IS-Khorasan could deepen the sectarian rifts which ISK has established in the country by attacking minorities and this would make it harder to bring about the social cohesion necessary for any kind of political settlement in future. The Islamic State seemingly emerged as a new dangerous threat in Afghanistan, one that could grow to overshadow the Taliban. Hence United States and its allies should ensure that the Islamic State is prevented from carving its own space in the war-torn country. Because If IS-Khorasan cannot be effectively countered, then the political landscape of an already complex society stands to become even more complicated and ugly. Not only strong IS in Afghanistan is a threat to the region but to the whole international community. We know ISIS is hostile to any accommodation with the west and its allies in many ways its deadlier than Taliban and Al-Qaeda. As its sole focus on global jihad motivates them to launch attacks on West as soon, they get a fertile ground for themselves.

Author is a senior columnist and an expert on Middle East, Afghanistan & Pakistan region