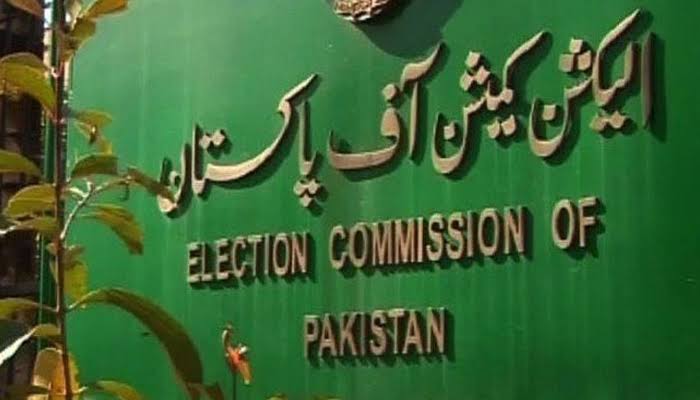 Islamabad: On Wednesday, the Pakistan Elections Commission (ECP) issued notices to 19 political parties in the Parliament concerning the review of financial statements and funds.

According to media reports, a five-member bench headed by the Chief Electoral Commissioner gave the parties a deadline of 24 February to submit their replies.

On behalf of the petitioner, the Pakistan Tehreek-e-Insaf (PTI) counsel Shah Khawar appeared before the ECP. During the proceedings, the political finance wing of the ECP submitted a report regarding scrutiny of financial statements of all political parties serving in the parliament. The election commission directed for a copy of the report to also be provided to Khawar, asking him to review the report and file his objections, if any.

This comes after separate rallies led by different constituent members of the Pakistan Democratic Movement (PDM)–the opposition’s 11-party alliance–hold a protest outside the ECP against an ‘unacceptable delay’ in the PTI foreign funding case.

During the protest, Pakistan Muslim League-Nawaz (PML-N) Maryam Nawaz termed the case as the ‘biggest fraud in Pakistan’s history’.

On Monday, the ECP suspended the membership of 154 members of the country’s Senate, national and provincial assemblies after they failed to submit statements of their assets and liabilities.

The lawmakers will remain suspended until the submission of their financial statements, Dawn reported.

According to the Pakistan daily, every year ECP suspends the membership of several lawmakers for not submitting the statements. In 2020, more than 300 lawmakers had failed to submit their details.

(With Inputs from ANI)