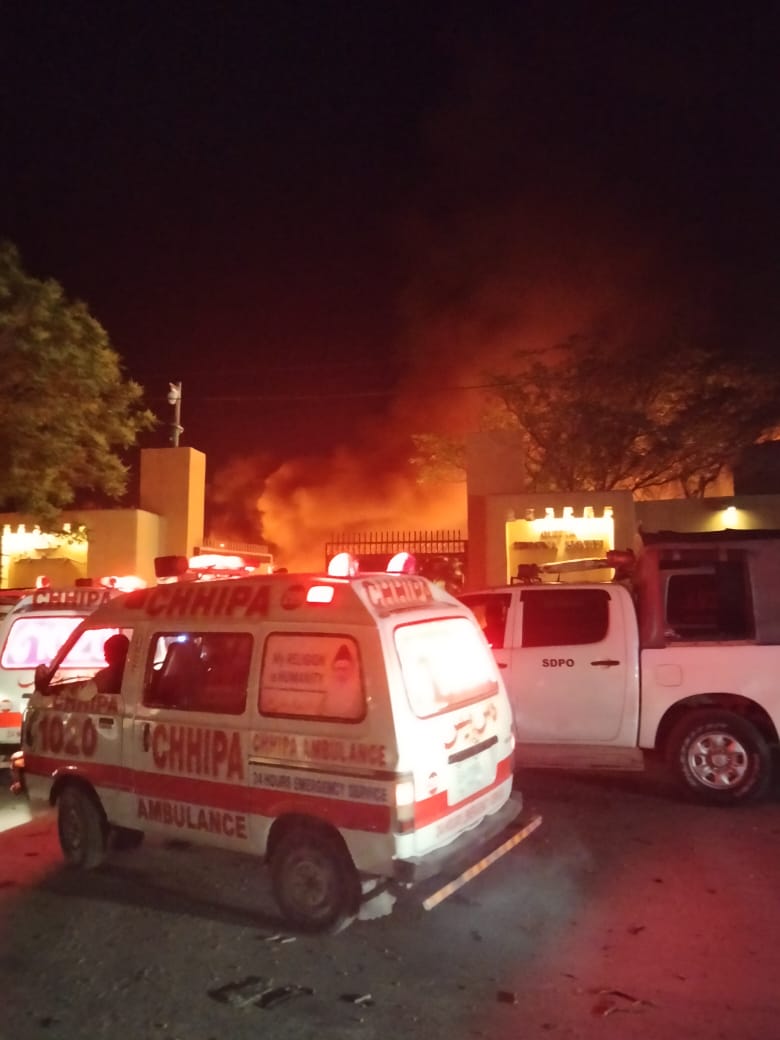 Quetta:     A bomb blast killed four people in Quetta late at night on Wednesday. A dozen people including two Assistant Commissioners and policemen got multiple wounds and rushed to hospitals.

According to police,  the blast took place in a parking lot located near the Serena Chowk at Sharah-e-Zarghoon. Eye witnessed told ‘Islamabad Telegraph’ that bomb blast was planted inside a car parked in the parking lot of a local hotel situated in the heart of Quetta, provincial city of Pakistan’s Baluchistan province .

“We are investigating the matter. Preliminary reports suggest it was planted bomb blast. We have obtained the CCTV footage. It takes time ascertain the nature of blast,” Inspector General of Baluchistan police told reporters.

Several vehicles parked in the area were damaged due to the intensity of the blast, the police said, adding that the wounded have been shifted to Quetta’s Civil Hospital.

Eye witnessed told reporters that, a fire brigade arrived at the parking area to put out the fire that some cars had caught. Firefighters were able to extinguish the fire and a cooling process is currently underway.

The blast, owing to its intensity, could be heard several kilometres away as well.

Police said it is trying to figure out the intensity of the blast. The area has been cordoned off and an investigation is underway.

Following the blast, Federal Minister for Information and Broadcasting  Fawad Chaudhry said that condemned the blast and said that the Federal Ministry of Home Affairs is in close touch with the Baluchistan government and a preliminary investigation related to the blast is underway.

“The government will issue a statement as soon as the nature of the blast and the damage are determined,” he wrote on Twitter.