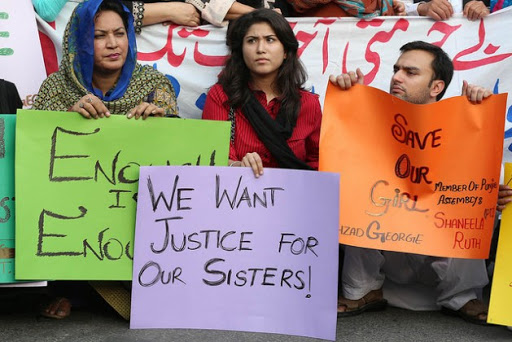 A senior official dealing with the case confirmed that senior civil judge was arrested Thursday night for blackmailing and raping a woman in Khyber Pakhtunkhwa’s Lower Dir.

According to the complainant, the suspect, identified as Muhammad Jamshed, has promised her a job earlier this year. “He said he would take money in return. Since we didn’t have cash, I gave him my jewelry worth Rs1.5 million.”

According to a source in Lower Dir’s police department, accused had asked the woman to come to his house to collect her belongings.

“He said he wasn’t able to arrange a job for me and called me to his residence to return the jewelry I had given him,” victim told investigatirs.

Interoogators confirmed to ” The Islamabad Telegraph” that accused sent a car to Peshawar and brought the woman to his house in Lower Dir. When she reached his residence, the judge proposed to her. When the woman refused, Jamshed raped her.

She added that the suspect didn’t return her jewelry as well.

On Friday, DPO Irfanullah said that the judge has been arrested. “The medical report of the complainant has corroborated the rape.”

A case under Section 376 (punishment for rape) of the Pakistan Penal Code has been registered.

Pakistan’s law declared rape a punishable offence. The definition and punishment for this crime are detailed under Sections 375 and 376 of the Pakistan Penal Code.

According to the law, a man commits rape when he has sexual intercourse with a woman under the following circumstances: