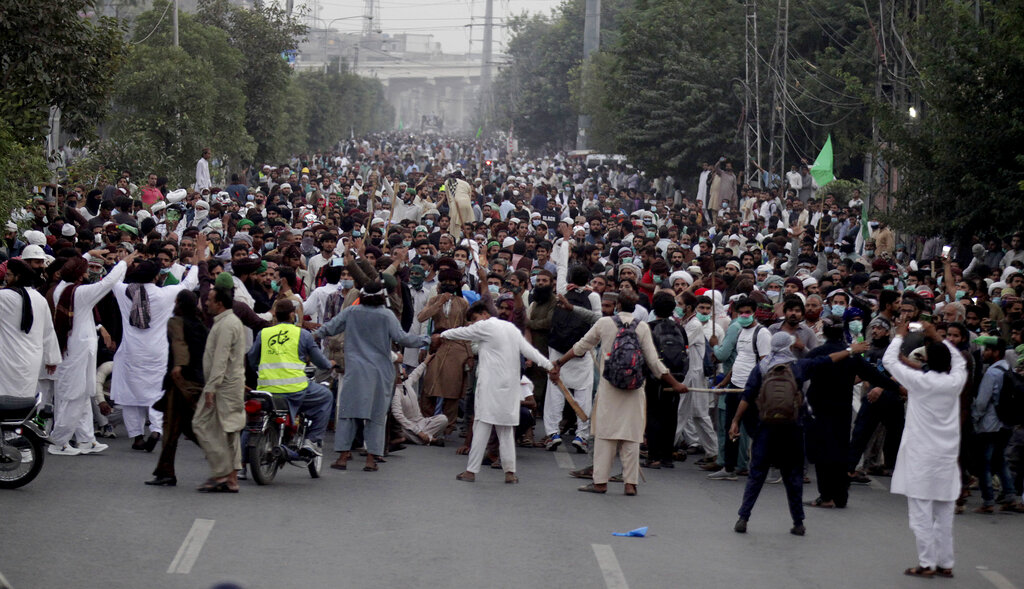 “Thank you for all your efforts in bringing justice for the crime committed against Priyantha Diyawadanage, and for the continued support and commitment toward his family,” Ranatunga, former greatest International cricketer said on twitter on Wednesday. He also shared screenshots of his letter he sent to Prime Minister Imran Khan.

“You have always been unwavering in facing challenges whether it be on the cricket field or the political arena. Since you’ve become the prime minister of Pakistan, you have been carefully addressing some controversial issues in the country. In the same manner, I hope you will be able to teach the few misguided individuals within the Pakistani community to treat everyone with the same respect and dignity that all human beings deserve.. All the contributions will go a long way in aiding Priyantha’s wife and children. Your continued support and the actions of Pakistanis will go a long way in helping the family heal from this traumatic experience,” reads his letter he sent to Imran Khan.

Charged mob tortured to death a foreigner working in a private factory as export manager and set his body on fire in Sialkot, an Industrial city in Pakistan’s Punjab province earlier on December 3, 2021.

According to police, deceased was accused of insulting Prophet Mohammad ( PBUH). However, it was not clear until filing of this report what prompted the mob to go to such an extant.

As per detail , a mob in Sialkot on Friday tortured a Sri Lankan man to death before burning his body, while a heavy contingent of police has been sent to the area to bring the situation under control.

The incident took place on Wazirabad Road in Sialkot, where the workers of a private factory dragged the export manager of a factory to a road, tortured him in public to death and set his body on fire. It all happened in presence of security guards of the factory. While a number people got busy in beating deceased by batons and daggers, rest of the crowed broadcast the lynching live and took selfies. After the victim fell unconscious, charged mob set him on fire. As the fire started to engulf his body, several people went on to broadcast burning of corpse live on social media.

Prime Minister Imran took to twitter a few hours following the incident and said he has taken notice and observing the investigation being made into the incident which has sent shocking waves across Pakistan.

“The horrific vigilante attack on factory in Sialkot & the burning alive of Sri Lankan manager is a day of shame for Pakistan. I am overseeing the investigations & let there be no mistake all those responsible will be punished with full severity of the law. Arrests are in progress,” Imran Khan tweeted.

Armagan Gondal, the Sialkot police chief, told the Associated Press that the factory workers had accused the victim of desecrating posters bearing the name of Prophet Muhammad (Peace Be Upon Him).

The manager was lynched by the mob inside the factory, Gondal said, citing initial information.

However, DPO Malik said police were still trying to determine what exactly prompted the mob to kill the Sri Lankan, whose remains were sent to a hospital for an autopsy.

Videos shared on social media showed hundreds of men and young boys gathered at the site, with groups of them chanting slogans.

Later in the evening, a spokesperson of provincial government of Punjab told ‘Islamabad telegraph’ that police has arrested identified and arrested fifty people responsible for the attack on deceased. While, others were being identified through footage and would be taken into custody.

” Police has arrested fifty people including factory workers. Rest assure you, law wil take course and preparators of attack would be dealt according to law,” Hassaan Khawar , spokesperson for Punjab government told this newspaper.

On August 15, 2010, two brothers were lynched by mob to death in same city of Sialkot, Punjab, Pakistan. The brothers were killed, hung, and mutilated in Sialkot with the support of local police and Rescue 1122.

The lynching was witnessed by a crowd of people including nine police officials who apparently offered no intervention. The people stood there as the two innocent boys were assaulted by a crowd of people. One of the brothers escaped and asked the local rescues services for help, but they denied and returned the boy back to the crowd where he was eventually beaten to death.The brutal killing of two brothers was recorded by some of the witness, which was later broadcast by the media. They were subjected to continuous punches and kicks, and were beaten with wooden beams and stones.

The two brothers were accused on the spot of robbery, dacoity, and murder. A judicial inquiry found that the boys had been innocent of the charges and that police officers present at the scene of the crime had failed to stop the attack.[2] According to an investigative report by Director General of Anti-Corruption, Kazim Malik, police officials present at the crime scene encouraged the killing of the brothers.[2]