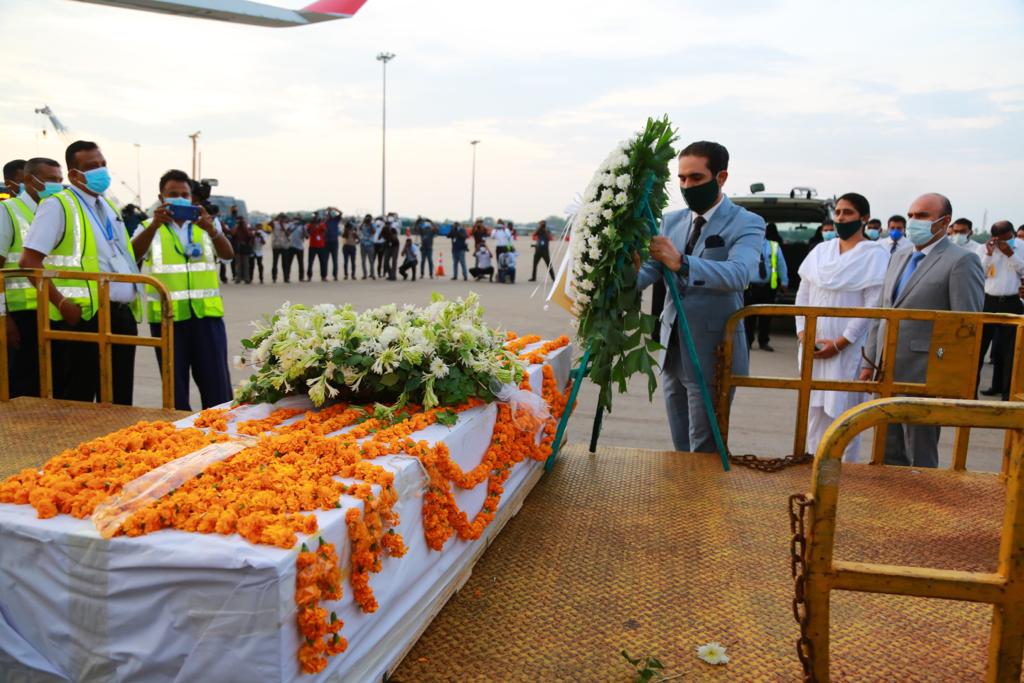 Meanwhile, representatives from all walks of life visited the Pakistan High Commission, Colombo

Meanwhile, representatives from all walks of life visited the Pakistan High Commission, Colombo.

They came from Sri Lankan Parliament, Coordinators for the Prime Minister of Sri Lanka for all religions including Hinduism,Christianity, Buddhism & Islam. All of them expressed their satisfaction over the quick action of the Pakistan Government in apprehension of the perpetrators of the Sialkot tragedy.

They also appreciated the fact that the Prome Minister Mr. Imran Khan has personally headed the whole situation and taken personal interest in bringing the culprits to justice.

“They shared our feelings of sorrow and grief for the family of the victims and thanked the Acting High Commissioner Mr Tanvir Ahmad for prompt response to all contacting the Pakistan High Commission for information or recording their sentiments,” statement issued from Pakistan’s High Commission in Colombo stated.

The mortal remains of the victim of Sialkot tragedy Mr. Priyantha Diyawadana reached Colombo today evening. Pakistan Acting High Commissioner Mr Tanvir Ahmad & Press Secretary Ms. Kalsoom Qaiser received the mortal remains and conveyed the sympathies of the people & government of Pakistan to the relatives of the deceased present at the airport.

Earlier the Prime Minister of Pakistan, Mr. Imran Khan said that the perpetrators have no mercy from God and they will not be given any pardon by the law as well.
Every Pakistani equally shares the grief of heirs of deceased. Every aspect of this tragic and reprehensible incident, that happened in Sialkot, is being investigated and a high-level inquiry is being conducted on the special instructions of Prime Minister Imran Khan.

The main culprits and the abettors have already been arrested. This abominable incident has brought shame on the whole country. Therefore, the murderers will not be spared. The main objective of Prime Minister Imran Khan’s initiatives like establishment of Rehmatul-lil-aalemeen Authority is to spread the true spirit of Islam and its teachings in the society so that such anti-Islamic incidents could be avoided in future.