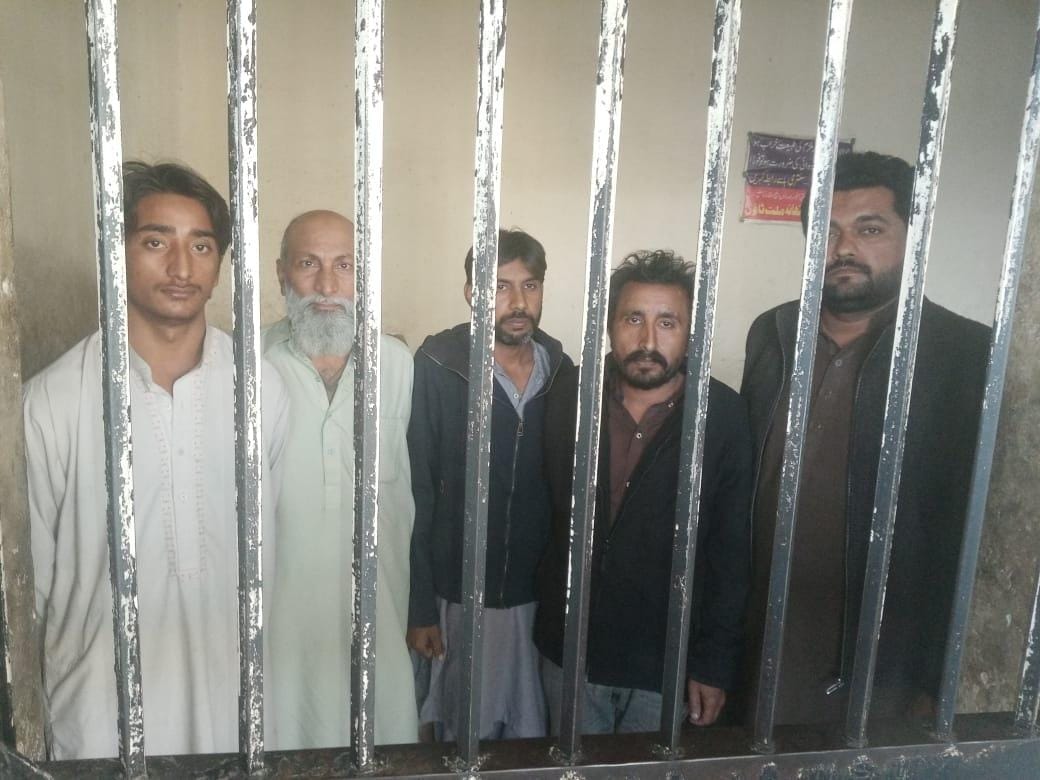 By Our Special Correspondent

Faisalabad: In yet another incident of violence against women, a gang of ruthless men manhandled three women including a teenage girl, stripped them in public. As it was not enough, women were filmed naked in public.

It all happened in broad day light in one of the busiest market of Faisalabad, Pakistan’s third largest city which is often compared to Manchester for vibrant textile industry. Women were accused of stealing articles worth a few hundreds rupees.

Hundreds of men filmed the whole episode in their smart phones while the women have been pleading not guilty of theft. The women told police they went inside a shop to drink water as they were thirsty. However, shopkeeper made them hostage. The incident of violence against women occurred four days after a charged crowed in Sialkot burnt alive a foreigner in Sialkot, another city in Pakistan.

People across Pakistan, a majority Muslim country population of 210 million, reacted sharply after the video of incident went viral on internet.

“It leaves you speechless. I wish, if only one among the crowed would have been brought up like a human being , this immense insult and disgrace by bastards could have been prevented,” Muhammad Imran, Lahore based human rights activist told Islamabad Telegraph.

A day later on Tuesday ( Today) Police in Faisalabad announced that they have arrested five men on charges of assaulting, stripping and filming four women in Faisalabad’s Bawa Chak Market on Monday.

Confirming the arrests, Faisalabad City Police Officer (CPO) Dr Mohammad Abid Khan told journalists  on Tuesday that raids were being conducted for further arrests and the culprits would be given strict punishment.
The matter had surfaced when a video of the four women went viral on social media. Subsequently, a first information report (FIR) was registered at Millat Town police station against four named suspects — Saddam, the owner of Usman Electric Store, and his employee, Faisal, Zaheer Anwar, and Faqeer Hussain, the owner of a sanitary products’ shop — and 10 unidentified suspects on behalf of one of the victims.

According to Dawn, suspects have been charged under sections 354-A (assault or use of criminal force against a woman and stripping her), 509 (insulting modesty or causing sexual harassment), 147 (punishment for rioting) and 149 (unlawful assembly guilty of an offence committed in prosecution of common object) of the Pakistan Penal Code.
According to the FIR, a copy of which is available with Dawn.com, the complainant, a garbage-picker, went to Bawa Chak Market with three other women to collect garbage on Monday at around 10:30am.

She told police that they were thirsty and went inside a shop, Usman Electric Store, and asked for a bottle of water from one of the suspects, Saddam, whom they identified as the owner of the shop. But Saddam began shouting at them, accusing them of entering his shop with the intention to steal, the FIR said, adding that other suspects also reached the shop upon hearing him shouting.

They began beating the four women, stripped them and dragged them through the market. “They continued to beat us for around an hour and made our videos in naked condition,” the FIR quoted the complainant as saying. Later, some family members of the victims reached the market and passersby gathered at the spot who pleaded to the suspects to let the women go, according to the FIR.