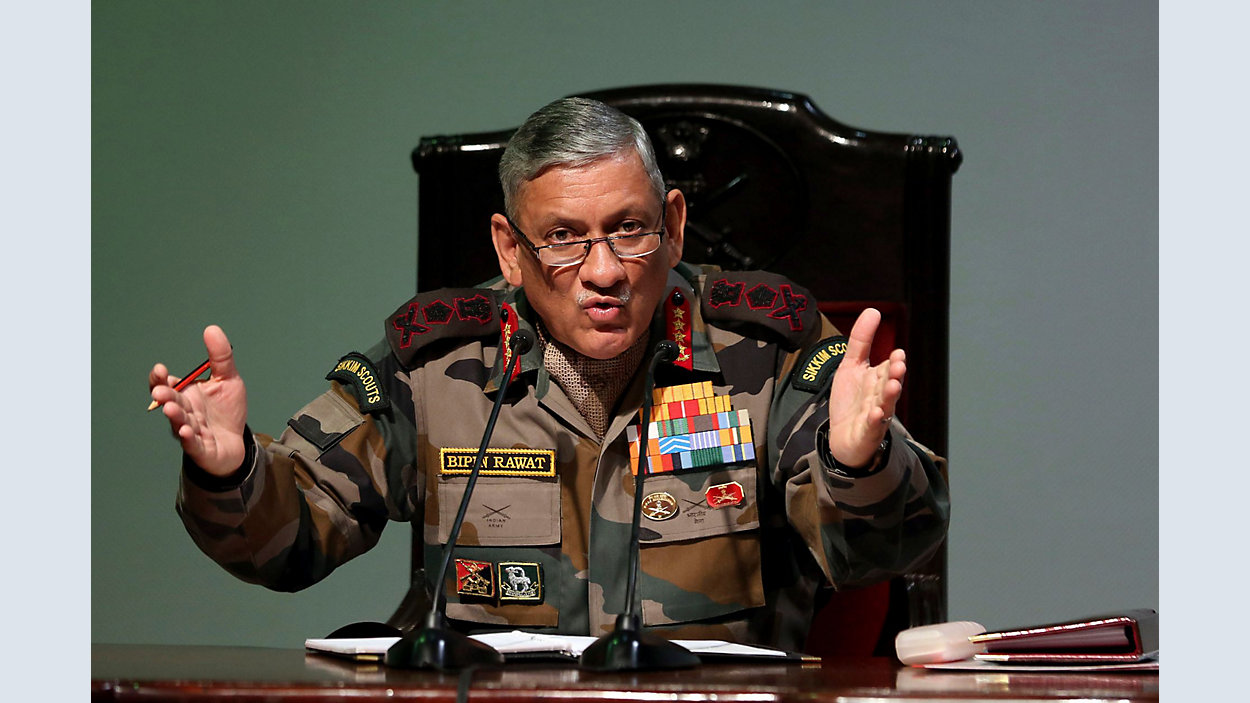 New Delhi: Indian Chief of defense Staff and his wife died Today following fatal helicopter crash in Tamil Nado, an Indian state. Fourteen people on board have been killed.

An Indian Army helicopter with Indian Chief of Defense Staff on board, crashed Today killing fourteen people including him and wife. CDS was earlier reported to have sustained severe injuries and rushed to a military hospital where he was declared dead.

Indian army confirmed in a statement that an Indian army helicopter carrying the country’s chief of defense Staff crashed Wednesday in southern Tamil Nadu state. It did not say whether Chief of Defense Staff Bipin Rawat was injured in the accident. However, sources confirmed fourteen people including army chief of India and his wife were killed following the crash.

It was one of the fatal helicopter crash in history of Indian Air Force. The air force said in a tweet that an inquiry has been ordered into the accident.

Rawat was the most senior official in the Indian military. He was also an adviser to the Defense Ministry. He assumed the newly created post last year after retiring as army chief.

The Press Trust of India news agency said the Mi-17V5 helicopter was on its way from an air force base to the army defense services college when it crashed near Coonoor in Tamil Nadu.